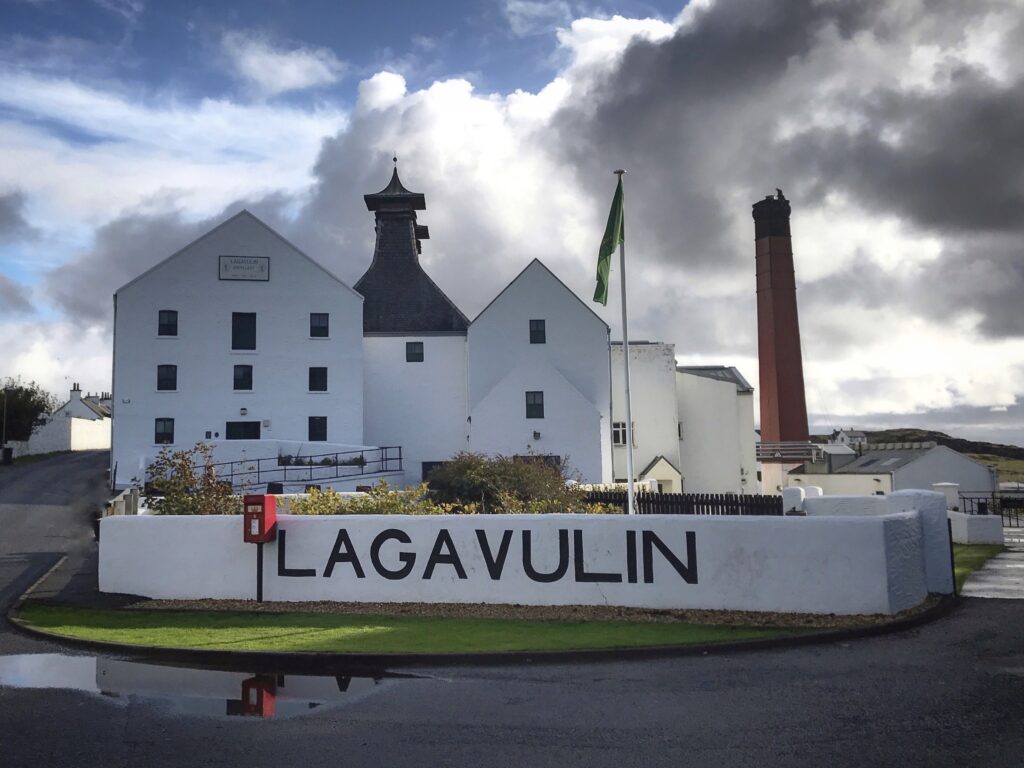 Lagavulin distillery is more than 200 years old. It was founded in 1816 in a picturesque bay that nestles on Islay’s southern coast. The name comes from the Gaelic Lag a’ Mhuilinn, meaning the hollow of the mill. The distillery is owned by Diageo and its single malt formed part of the Classic Malts range for many years.

Lagavulin is one of Scotland’s most revered whiskies. The distillery produces a robust, smoky spirit and its 16-year-old is much beloved the world over for its rich, smoky and salty flavours.

Islay’s peat bogs have accumulated over millenia. This compacted, decomposed vegetable matter has long been used as a fuel source and the aromatic smoke it produces when burned gives the island’s whiskies their unique character.

Lagavulin uses barley from Port Ellen maltings, peated to a specified 35 phenol parts per million. The malt is mashed using rich, peaty water from the Lochan Sholum before milling, mashing and finally, fermenting for 55 hours in wooden washbacks. The Still House, however, is where the whiskies character really begins to take shape.

Lagavulin has four pot stills: two wash stills and two spirit stills. Distillation is the slowest on Islay. The first run lasts around five hours while the second can be as long as nine. The stills are filled to capacity, reducing the contact between vapour and copper and the spirit cut is particularly wide. Likewise, the stills are fitted with downward facing lyne arms. The entire process is designed to encourage the capture of heavier compounds.

At present, Lagavulin produces in the region of 3 million litres each year. 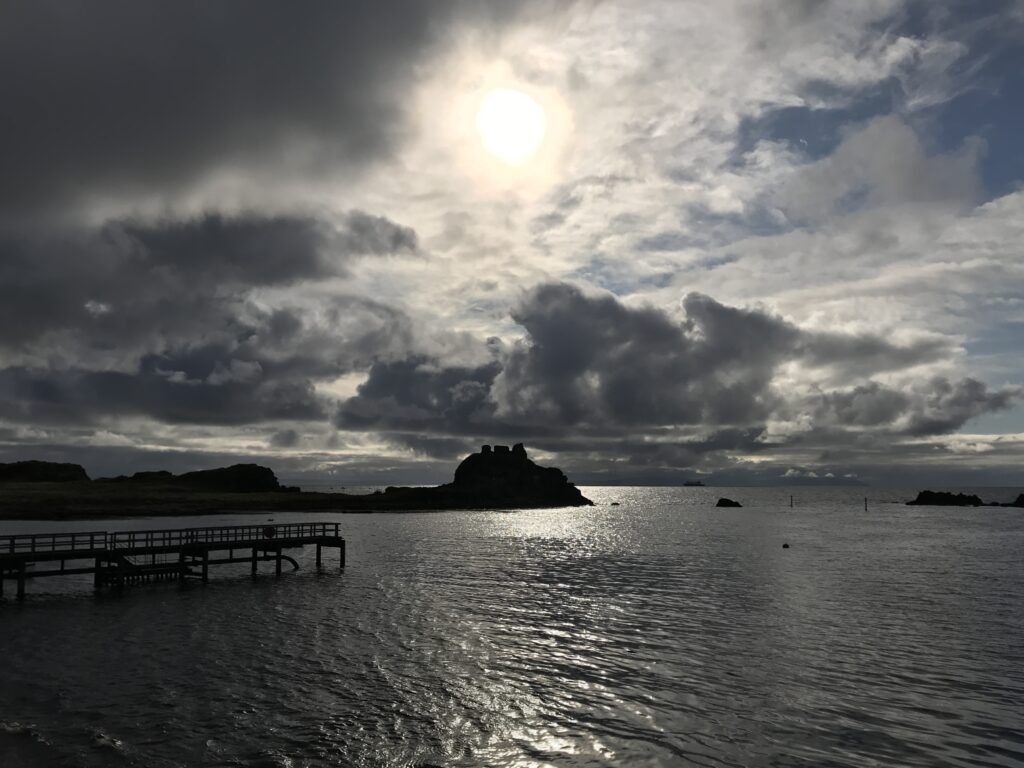 There are records of multiple stills operating in Lagavulin Bay, some as early as 1742. The first official distillery, however, was established by farmer and distiller John Johnston in 1816. A second, the work of Archibald Campbell, arrived the following year. In 1825, the two distilleries became one.

John Johnston passed away in 1836 and his distillery was taken over by Alexander Graham, a whisky merchant from Glasgow.

Alexander Graham ran Lagavulin until 1861, when the distillery was acquired by James L Mackie & Co. In 1878, Mackie sent his nephew Peter to Lagavulin to learn the distilling trade. By 1890, Peter had taken over the business and registered Mackie & Co Distillers. A year later, he launched White Horse, a phenomenally successful blended Scotch with Lagavulin at its heart.

Mackie was a fiery, often outspoken character but he insisted on quality for his products. His blends leaned heavily on their malt components and he campaigned tirelessly for a minimum age for Scotch whisky.

Mackie’s son was tragically killed in the Great War, leaving him without heir. As a result, he expressed an interest in selling his business. No deal could be reached before the man himself passed away in 1924. Mackie & Co became White Horse Distillers and was later absorbed by the Distillers Company Ltd.

Under DCL, Lagavulin continued to produce spirit for various blended Scotch brands. As the 1980s dawned, however, the Scotch whisky industry hit a slump. Sales were down and over-production of spirit left distilleries with an excess of stock that came to be known as the Whisky Loch. Many distilleries were forced to close down as a result of the situation. Among them, Port Ellen.

Iain McArthur began working in the whisky industry in 1970, stencilling casks at Lagavulin. Later, he moved to Port Ellen to work in the warehouses. When the distillery was closed in 1983, he returned to Lagavulin, where he has remained ever since.

In 2020, McArthur celebrated 50 years in the whisky industry. Today, he divides his time between working the family croft and caring for the casks at Lagavulin. Oftentimes he can be found entertaining guests from all over the world as he leads them through a tasting of whiskies in the distillery’s warehouse.

Iain’s warehouse tastings have become the stuff of legend, providing visitors with a heady combination of excellent whiskies and tales of the old days. In a huge, potentially faceless company like Diageo, McArthur gave a friendly, welcoming face to Lagavulin. As well as inventing White Horse and running Lagavulin, Peter Mackie once served as agent to neighbouring Laphroaig. However, a disagreement in the terms led to a falling out and Mackie was stripped of the agency.

Not one to forgive and forget, Mackie took it badly. Angry at the loss of Laphroaig for his blends, he decided to copy the distillery’s style and installed an entirely new distillery-within-a-distillery at Lagavulin.

Malt Mill was in production by 1910 but despite poaching staff from Laphroaig, Mackie was unable to replicate his competitor’s style. Nevertheless, Malt Mill produced whisky for several years, eventually coming to a close in 1962. The whisky was never bottled as a single malt and the only remaining sample today is a 100ml bottle of new make which is on display at the distillery.

Malt Mill gained mythical status thanks to its inclusion in the 2012 film, The Angel’s Share. The Ken Loach-directed film follows the story of a group of no-hopers who set out to steal the contents of a cask of recently discovered Malt Mill.