LAGAVULIN DISTILLERY OPEN DAY ~ SATURDAY 26th MAY 2012
What can we say? ~ drams sunshine, sunshine, whisky cocktails, sunshine, drams, music, star anise shortbread, interesting people, drams, did we say sunshine……….??
Queing for the festival bottle was a festival experience in itself today ~ the piper played, the sun shone and the time passed happily……. 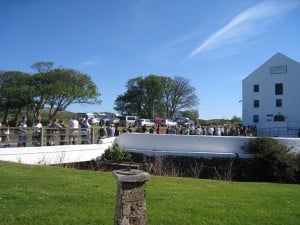 Whisky for Girls met lots of interesting people in the queue, we spoke with Anne Smith and her husband Philip from England. Anne told me she only really drinks whisky on holiday and then only Islay whiskies. I askedPhilip what was his favourite dram ~ it depends on his mood, he told me,there are also winter drams and summer drams.
This is an answer I heard through out the day. When I ask people what is their favourite dram, they answer that the whisky they want to drink depends on the mood they are in.
After about 2 hours in the queue Whisky for Girls reached the reception centre and purchased that ever special Festival Bottle ~ 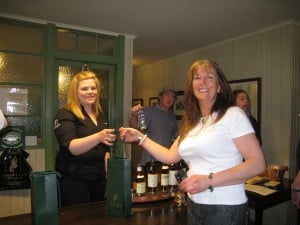 When we went to the car to stow the bottle we noticed a row of mobile Homes lined up in the car park, there was also a tent! People had camped out over night to ensure a good place in the queue. Further investigating led us to meet Sonia Fuchs from Germany. She had the right idea…………………… 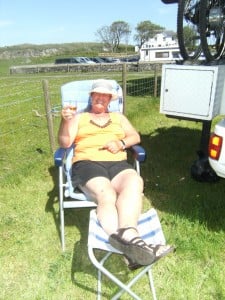 Sonia had come with her family as part of a 100 years birthday celebration ~ she was 60 years and her son was 40 years, and they had all travelled to Islay for the Whisky Festival! It was her first time in Islay and her first time in Scotland. PreviouslySonia had preferred a Speyside malt, but already she was starting to enjoy the Islay Malts.
Sonia started drinking whisky two years ago when her son opened a whisky shop in Wuerzbergwww.scotlands-glory.de ~ and was happy to join our ITS NOT JUST WHISKY FOR GIRLS CLUB https://islaywhiskyacademy.scot/its-not-just-whisky-for-girls-club/
Whisky for Girls and Heather Belle from Hide & Seek Art Glass next headed off to sample some of the smashing whisky cocktails mixed up by the delectable Alessandro Palazzi from Dukes Hotel in Londonshire.
Alessandro was ably assisted by Colin from Diageo and we were given a taste of a ‘Restless Negroni’ and a ‘Mill in Manhattan’ ~the Islay versions of the classic Manhattan and Negroni cocktails. 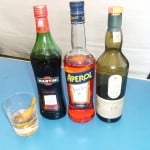 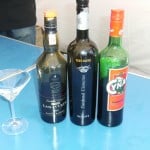 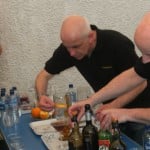 After sampling these delicious cocktails Whisky for Girls spotted a guy wearing a bizarre T shirt ~ ‘Eatthe Rich’ it said
We asked him who he was and where he came from. His name was Pierre and his friend was called Julien. They work for CashVin in France. They first tasted whisky 3 years ago and now they work in the whisky section of a wine company. 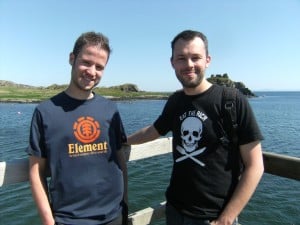 Georgie Crawford, Manager of Lagavulin hardly sawdaylight as she took at least four masterclasses over the course of the day ~ however she did manage to come to the courtyard at 3pm to announce the raffle.
Three of the usual suspects are climbing the three highest peaks in the UK in the next three days! Gavin Campbell, Ali MacNeill and Alan Campbell are raising money for an Islay charity are will do the Three Peaks Challenge and be back at work by Thursday. The raffle was to raise funds for the charity. They will be driven from peak to peak by Neil MacGill.
Details of their adventures can be seen on the boys facebook pages. Please contact one of the boys if you wish to donate. 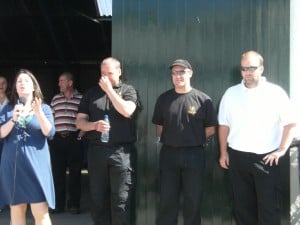 To quell our disappointment at not winning one of the raffle prizes Whisky for Girls decided to sample one of the best drams of the day ~ the freeones from the filling store! As the creamy golden liquid of the Lagavulin double matured Distillers Edition sparkled in the glass I thought ~ Whisky reallyIS liquid sunshine.
Slainte! 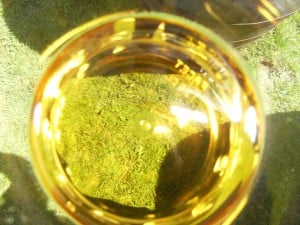