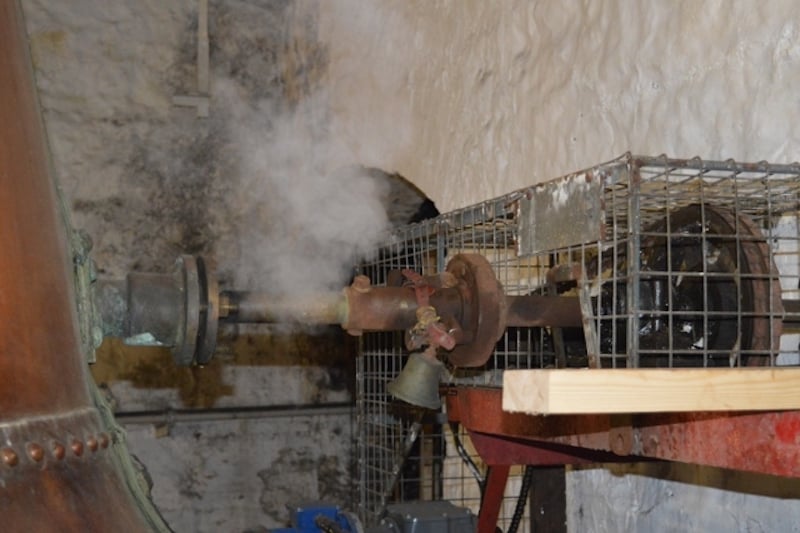 Fusel Oils are a group of alcohols produced mainly from amino acids during fermentation. These alcohols are constructed with more than 2 carbon atoms per molecule. We call them fusel OILS because their liquid has an oily consistency  Higher alcohols – fusel alcohols, include Isoamyl alcohol, Isobutyl alcohol, Active-amyl alcohol, Butyl alcohol, Propyl alcohol, and Hexanol – which lets us smell new mown grass aromas. Furfural can be included in the listing although it is not an alcohol, it is an aromatic aldehyde, and lets us smell almonds, it also can come from charring in casks and direct fired stills if the wash sticks. Ethanol a ‘potable’ alcohol, which means it can be drunk, has a boiling point of 78.2 degrees C. for comparison Butyl alcohol has boiling point of 118 degrees C, and gives us an aroma of bananas.  1 Propanol has boiling point of 97.0 degrees C. and is used as a solvent in the pharmaceutical industry. These are temperatures in the stills, not abv percentages. Abv/temperatures are worked out by relationship to each other.