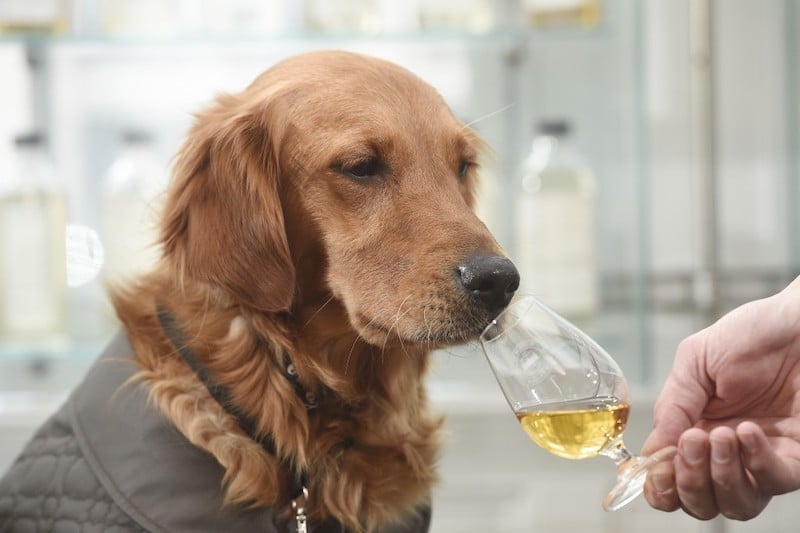 Diane Ackerman tells us: “A human has 5 million olfactory cells, which seems like a lot, but a sheep dog has 220 million and can smell 44 times better than we can.
Smell was the first of our senses and was so successful, that in time the small lump of olfactory tissue atop the
nerve cord grew into a brain. Our cerebral hemispheres were originally buds from the olfactory stalks. We THINK because we SMELLED.”

A highly satisfying mouthfeel comes largely from high levels of oiliness in a whisky. Brooklyn whisky from Jura was constructed with the input from various baristas, cheese and chocolate sellers and trendy, craft brewery/bar staff from Brooklyn. Their preference was for a very modern, oily flat mouthfeel. Mouthfeel can create flavour in the way bricks can create rooms.