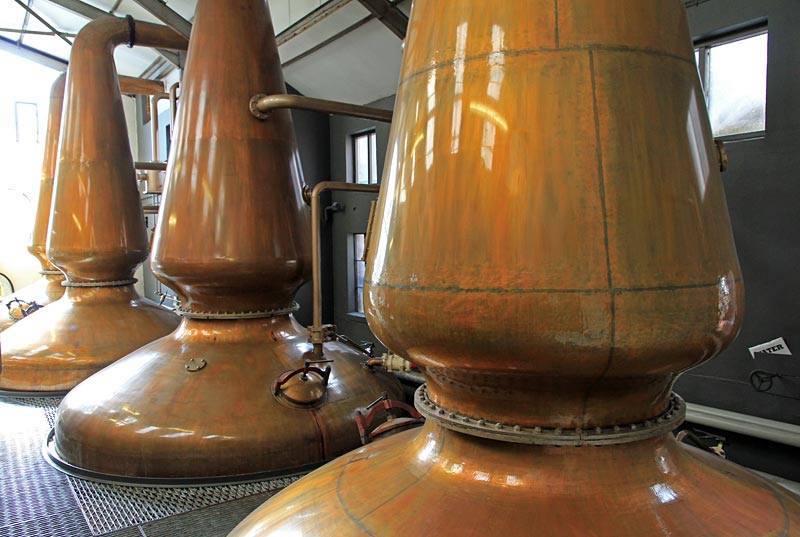 Single Malt is whisky made from malted barley from a single distillery. The spirit is made by batch distillation in pot stills

Grain whisky is made from a variety of grains including maize and is made in a column still by continuous distillation. These stills were refined by Scotsman Robert Stein and later by Irishman Aeneas Coffey.

Blended whisky is exactly this – a blend of malt whisky and grain. Grain whisky can be cheaply produced in large volumes so makes much more money for companies.

A blend may have 35 different teaspoons of malt in it and two or three grain whiskies in large volumes. Very small amounts of malt are mixed in with the “relatively bland” grain spirit to give it resonance and depth. This is why people refer to “teaspooning” as the volumes of malt can be small.

People think blends are cheap and nasty, but many of them taste very good. Contemporary brands such as Compass Box et al are reconfiguring the blend and sexing it up. It requires a different skill set to create blends – and I image it will be very satisfying work.

In a single malt you tend to get a deeper band of flavour, a timbre and texture. There is a depth and complexity missing from blends. Blends can be thinner, but may have more flavours in a single layer. It’s like comparing apples and oranges – you can’t really, they are two different things.

One could shoehorn it as Blends are horizontal, Malts are vertical….